Protect Our Communities From Gun Violence!! 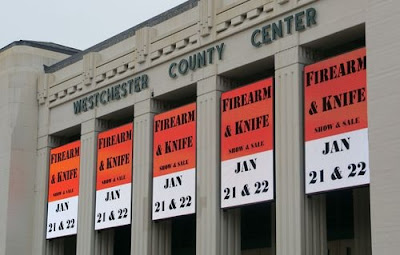 Join the Vigil/Rally at 5:30 PM and Then Help Us
Pack the Chamber for the Vote at 7:00 PM!!
Download Vigil Flyer

Westchester County has a mission to promote public safety and public health, and should not be in the business of hosting and advertising for-profit gun shows.  As many as 500 weapons -- and thousands of rounds of ammunition -- can be sold at a single gun show.


If 12 legislators vote now to ban the gun shows, the Board of Legislators can override Astorino’s veto, and prevent any future gun shows at the County Center or other County facilities.

Veto Override Flyers Targeting Individual Legislators:   We have created individual flyers for each district, where the legislator voted against the Gun Show Ban.   The flyer tells you which legislator to call and email, and how to contact them.

Don't Allow "Bump Stocks" To Be Sold At Gun Shows in Westchester County! 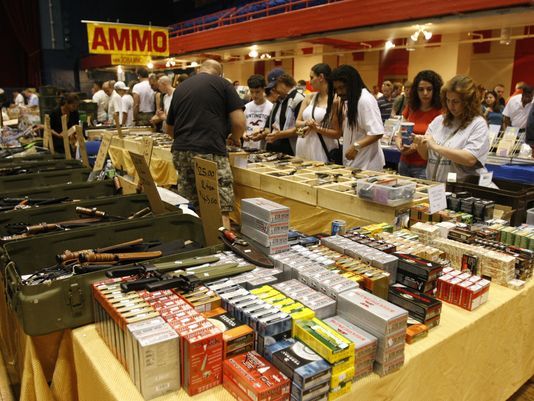 Shoppers look at assorted displays at the 2010 Gun and Knife Show at the Westchester County Center in White Plains.  (Journal News File Photo).

"...As we continue to process the awful events that took place in Las Vegas, and as our hearts hurt with the grief of others, we cannot lose sight of how something like this happened, and diligently work to prevent it from ever reoccurring.

Private gun shows continue to sell legal deadly modification kits for rifles, now known as the "bump stock." The modification kit allows the weapon to "bump" back and forth between the shooter's shoulder and trigger finger, effectively enabling a semi-automatic rifle to act like a fully automatic assault weapon. Assault weapons are currently outlawed in the United States.

These modification kits should never be sold in Westchester County. We call on our legislators and our County Executive to rethink allowing private gun shows carte-blanche privilege to sell these items — which effectively enable the propagation of weapons of mass carnage — right here in our County Center.

County legislators must put a moratorium on private gun shows in any county facility until the Bureau of Alcohol Tobacco and Firearms, regulating firearms in the U.S., can re-evaluate the legality of such devices and get them recalled from distributors and off the streets.

This is a call to action with an initiative to keep our first responders, law enforcement and the people of this great county, and country, safe. We should not wait for the ATF to act, we must act now."