After Las Vegas and Sutherland Springs -- PLEASE VOTE For Candidates who Will Ban Gun Shows at Westchester County Center!!

Today, November 7, YOU CAN VOTE to help ban the gun shows. Please remember to VOTE and encourage your friends to VOTE for candidates who will ban any future Gun Shows on county property.
New Yorkers Against Gun Violence has endorsed George Latimer for County Executive, because of his strong opposition to gun violence and leadership in passing the New York State SAFE Act.

"I don't want that in Westchester County. How many Columbines, Sandy Hooks, how many things have to happen until people realize that the glorification of the gun culture is wrong. So I think we are making a terrible mistake by having that gun show in Westchester County," George Latimer said (Oct 3.)
In addition to the County Executive race, please VOTE for candidates for the County Board of Legislators who oppose Gun Shows. These include:
Here's the legislative candidates joint 10/16 letter to the editor of the Journal News:
"...As we continue to process the awful events that took place in Las Vegas, and as our hearts hurt with the grief of others, we cannot lose sight of how something like this happened, and diligently work to prevent it from ever reoccurring.
Private gun shows continue to sell legal deadly modification kits for rifles, now known as the "bump stock." The modification kit allows the weapon to "bump" back and forth between the shooter's shoulder and trigger finger, effectively enabling a semi-automatic rifle to act like a fully automatic assault weapon. Assault weapons are currently outlawed in the United States.
These modification kits should never be sold in Westchester County. We call on our legislators and our County Executive to rethink allowing private gun shows carte-blanche privilege to sell these items — which effectively enable the propagation of weapons of mass carnage — right here in our County Center.
County legislators must put a moratorium on private gun shows in any county facility until the Bureau of Alcohol Tobacco and Firearms, regulating firearms in the U.S., can re-evaluate the legality of such devices and get them recalled from distributors and off the streets.
This is a call to action with an initiative to keep our first responders, law enforcement and the people of this great county, and country, safe. We should not wait for the ATF to act, we must act now."
Sincerely,
Kitley Covill, Westchester County Legislative Democratic candidate for District 2
Daren Tolz, Westchester County Legislative Democratic candidate for District 3
Nancy Barr, Westchester County Legislative Democratic candidate for District 6
Damon Maher, Westchester County Legislative Democratic candidate for District 10

Also vote to reelect Democratic candidates that voted YES for the Gun Show ban, and SUPPORTED the motion for veto override on October 31.  These include:

*Not running for reelection

For more information on Candidates in your area, see the League of Women Voters Voter Guide.

Westchester County has a mission to promote public safety and public health, and should not be in the business of hosting and advertising for-profit gun shows.  As many as 1,000 weapons -- and thousands of rounds of ammunition -- can be sold at a single gun show. 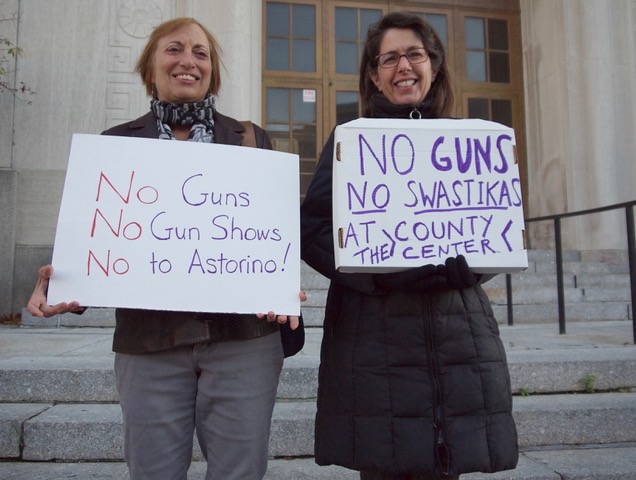 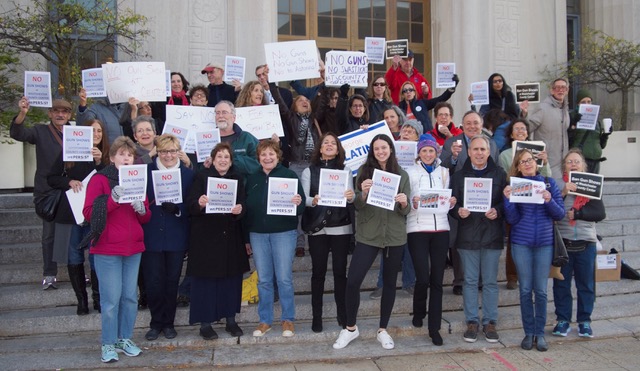 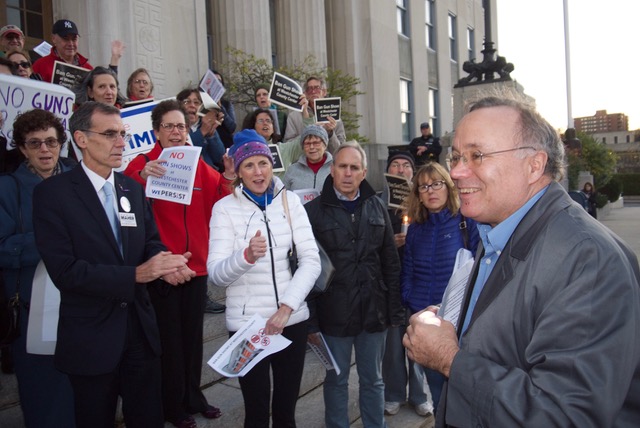 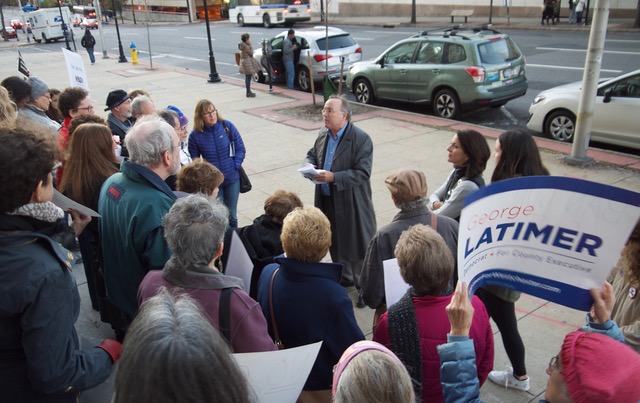 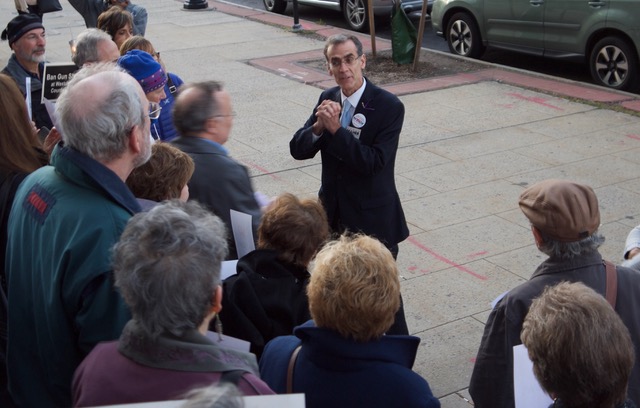 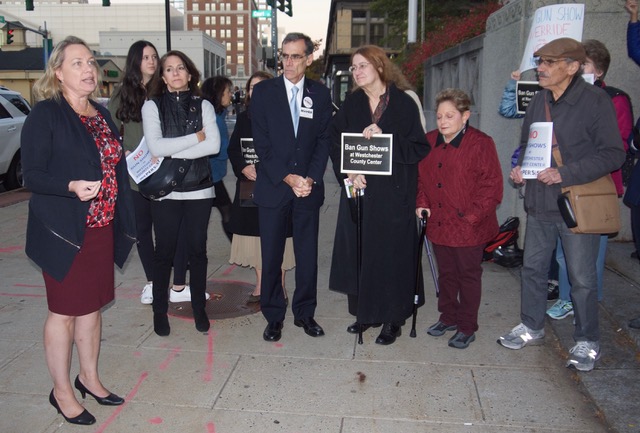 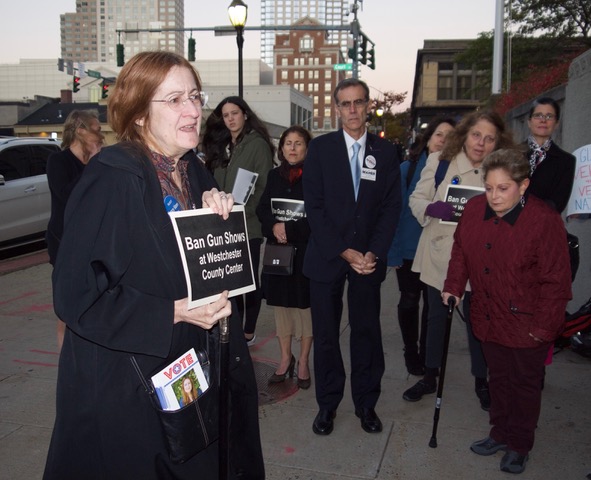 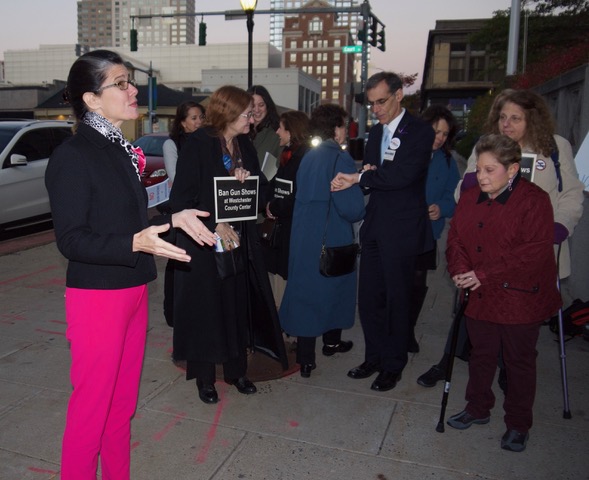 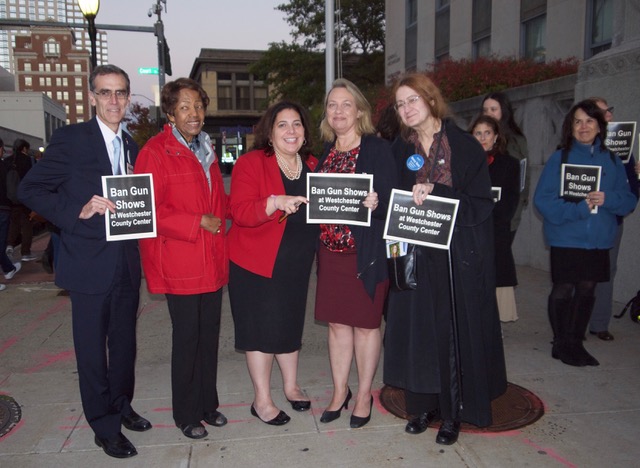 Posted by Prevent Gun Violence at 10:29 AM